Training for a Race or Ride with Kids 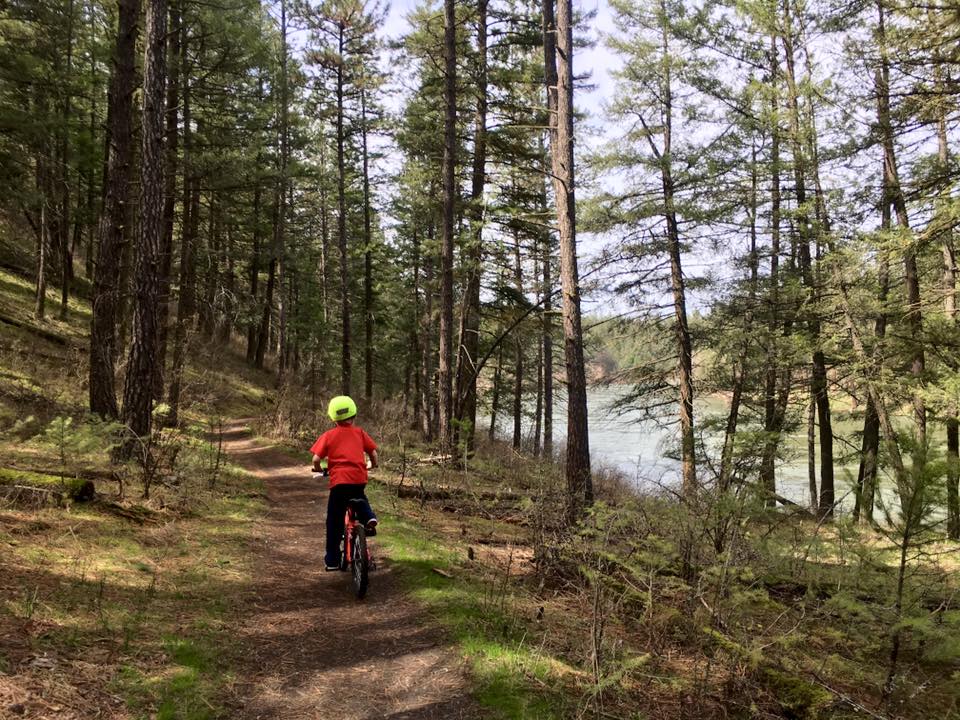 Spokane ultra-marathoner and triathlete Jenny Yoakum, 41, has a very special training companion: her 9-year-old son, Caden. “I pushed him in the stroller in a marathon when he was 5 years old… He was 4 weeks old on his first bike ride, 6 years old the first time I took him kayaking while I swam in Lake Coeur d’Alene,” she says. “Training with him has brought us closer…we’re focused on nature and each other. He opens up to me about his feelings, thoughts, and experiences. He has learned to be a great little cyclist with me coaching him while running [alongside]…teaching him the joy of nature and using [his] body.”

Yoakum – a finisher of 5 full Ironmans, 2 half Ironmans, and multiple 50-mile and 50k runs, and currently training for her first 100-mile ultra – says, “It is so much easier to show Caden about having a positive attitude and working hard on his bike…[when he rides] up a tough hill or descends a technical line. I love that I can then tell him how that correlates to the classroom or soccer field or friendships or life.”

Through rainstorms and snowstorms, Jenny and Caden are out there two to three times a week. “I want him to see that there is beauty in all seasons and conditions,” Yoakum says. “I want him to respect women and to see we can be independent and strong.”

According to Caden, he’s gained self-confidence from his adventures with his mom – likewise for her. “I am proud that I was brave enough to take my baby, toddler, preschooler [on my training workouts] with all the work entailed in order to do the things I love,” says Yoakum. “I started him so early he doesn’t think twice about a bike ride at 6:30 in the morning.” //

Originally published in the March 2018 print edition of Out There Outdoors under the title “The Joys of Training for a Race or Ride with Kids.”