The Value of Recreation: a Conversation with Jon Snyder 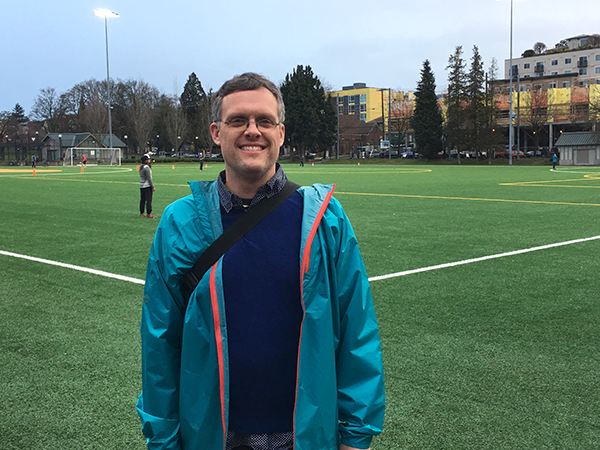 Jon Snyder, former Spokane City Councilman and Out There Monthly founder, has served as Washington State’s Outdoor Recreation and Economic Development Policy Advisor for over a year now, and I recently caught up with him over a ginger beer at the Elliot Book Company Cafe in Seattle. As we chatted, a softball league played in a field across the street through a steady, gray drizzle. But I quickly forgot about the rain as Snyder challenged my whole concept of outdoor recreation. It turns out that outdoor recreation is a $21.6 billion dollar industry in the State of Washington and provides more jobs than tech and aerospace companies.

This information came by way of the “Economic Benefits of Outdoor Recreation Report,” prepared by a private consultant for the Office of Recreation and Conservation. According to this report, another impressive gain from public lands is its ecosystem services, which include the more difficult-to-quantify attributes such as clean water, wildlife habitat, carbon sequestration, and public health benefits. The report estimates these non-market values between an additional $134 and $248 billion dollars.

The economic value of outdoor recreation surprised me, in part, because my opinions about recreation tend to be low tech and sentimental. I talk about public lands as part of our birthright as Americans and am known to purchase vintage mountain postcards that I never end up sending every time I go to national parks. In other words, my defense of wild places is anecdotal: they have added a lot of value to my life, so I assume they must be part of the collective good.

Snyder’s approach to outdoor recreation, however, is data driven and strategic. “Quality of life is nice, but it’s not at the heart of what I’m working on in this job,” he says. His job is to make sure the governor understands the economic vitality of outdoor recreation. As his title suggests, not only does Snyder influence policy, but he also aims to increase employment and participation in the outdoor recreation community.

One of the ways Snyder aims to increase participation is through cross-sector approaches to problem solving and engagement. Here’s an example: He connected with a bilingual organization out of Olympia called Cielo, which provides mental health counseling, referrals, and social/cultural activities for the Spanish speaking community. Listening to people from Cielo helped him understand that there were not enough soccer fields in the area. This had the downstream effect of robbing adults of one of their primary means of exercise and socialization because the youth leagues got priority, and the adults found it difficult to secure a place to play. Snyder then pulled in another agency that focuses on diverse populations and active living health issues to see if they could help. “It’s like ecosystem services, but on a community level,” he explains.

Right now, Snyder is most excited about some recreation opportunities in the governor’s budget. “The barriers between the east and west side are huge,” he admits, noting that east siders have to drive across the state and miss a day of work to participate in hearings. But he also feels confident that the governor selected him so that small towns and public lands east of the Cascades would be part of the process. To that point, Snyder emphasizes, “I want to make sure Spokane County gets a fair shake.” // (Summer Hess)

Here are some upcoming projects to promote among our local legislators, council people, and park commissioners in order to keep eastside recreation opportunities front and center in west side conversations:

Summer Hess wrote about avalanche awareness in the January/February issue of OTM.