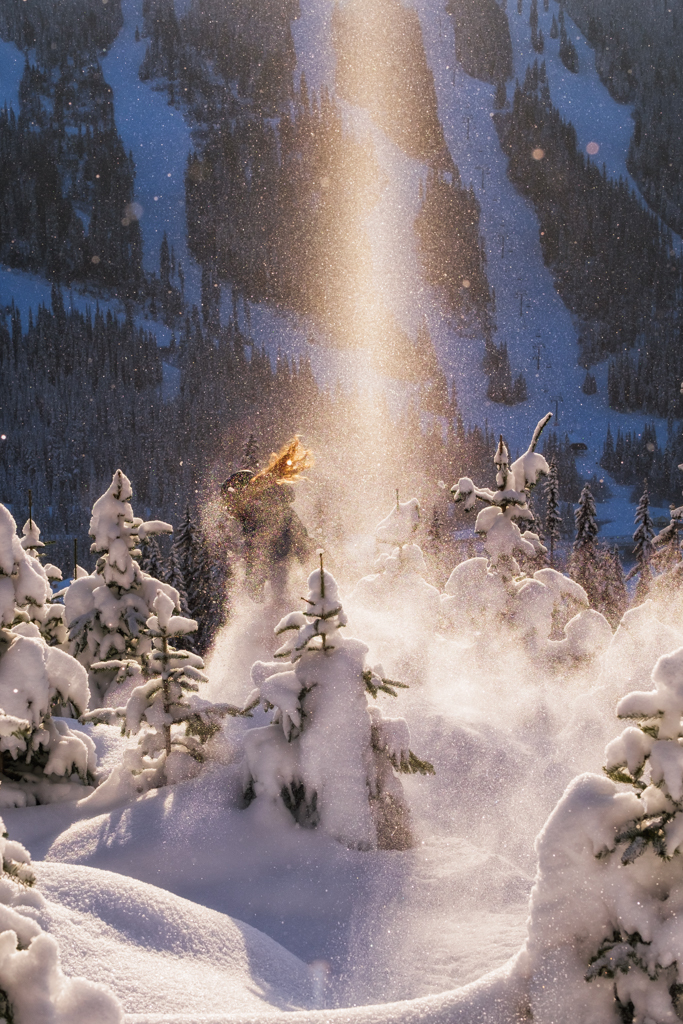 Catch some rays at Sun Peaks Resort this winter

By Aaron Theisen for SnowSeekers.ca

Winter storms tend to park in the picket lines of peaks that make up the northern Rockies, so socked-in conditions often accompany snow.

Odd as it may seem, sun-seeking skiers should look north for their fix. (Get the full story on Sun Peaks nirvana here.) 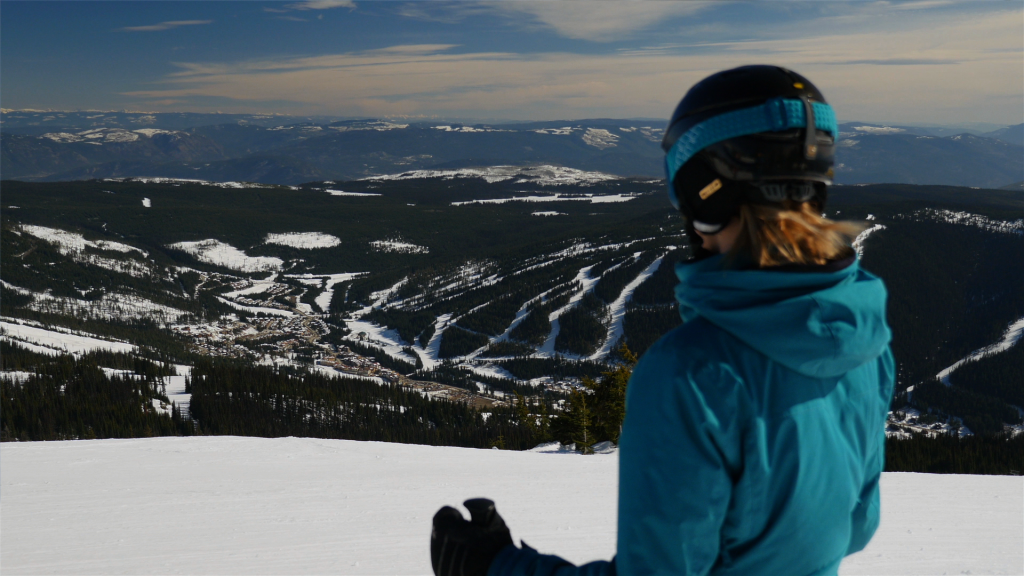 At the northern end of the arid and acclaimed wine country of Interior British Columbia’s Okanagan country, Sun Peaks Resort lives up to its name. Thanks to its location as a high-elevation mountain “island” in the South Thompson region (just past the northern Okanagan), Sun Peaks sheds some serious rays; with few surrounding peaks to trap them, storms tend to dump snow, depart, and make way for sun. 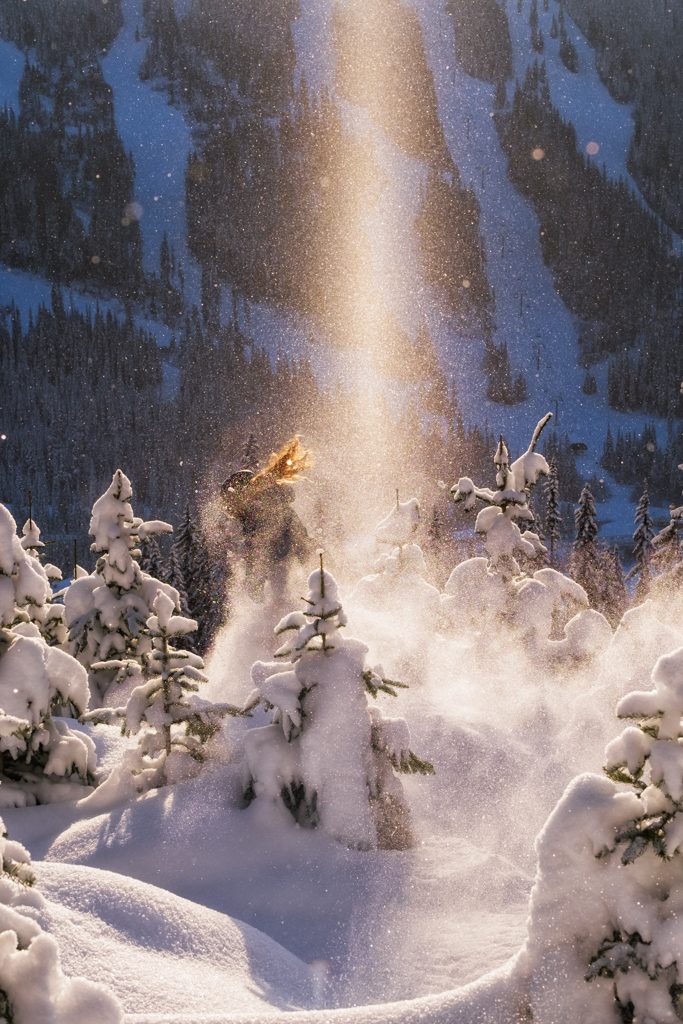 Whether or not you catch a “sparkle tornado,” Sun Peaks shines (Photo: Aaron Theisen)

As British Columbia’s second-largest ski area, Sun Peaks sprawls. And, despite the generous amounts of sunshine, there’s still only so much daylight in which to explore it all. But, thanks to a pair of unique offerings at the resort, skiers can schuss from sunup to sundown—and beyond.

Ski into the sunrise with the resort’s First Tracks program. Offered Monday, Wednesday and Saturday throughout the season, First Tracks offers skiing off the top elevation Crystal Chair for a little more than an hour before the lifts start spinning for the public. The program admits only 80 participants each day, so skiers can count on untracked lines in Crystal Bowl. The $36 CAD price includes $25 in breakfast and après-ski food vouchers; with the favorable exchange rate, stateside skiers pay roughly $8 for early-bird skiing. 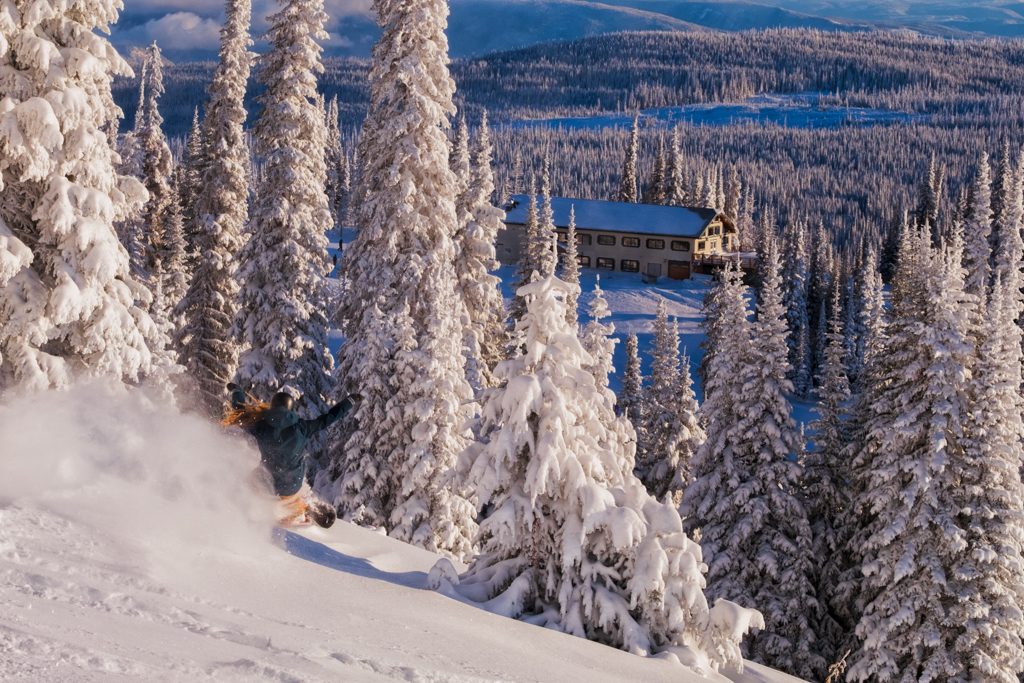 With the First Tracks program, get in early-bird laps before breakfast at the Sunburst Bar + Eatery (Photo: Aaron Theisen)

After exploring the resort’s trio of peaks all day, ski off into the starlight with the Alpine Fondue and Starlight Descent, offered Wednesdays and Thursdays throughout the ski season. Following a three-course Swiss fondue dinner at the newly renovated mid-mountain Sunburst Bar & Eatery, participants flick on headlamps for a ski descent back to the base area.

Your best bet? Come mid-week and ski both programs in one day. Although bluebird days are common here in the Thompson Okanagan, Inland Northwest skiers know to make turns when the sun shines. 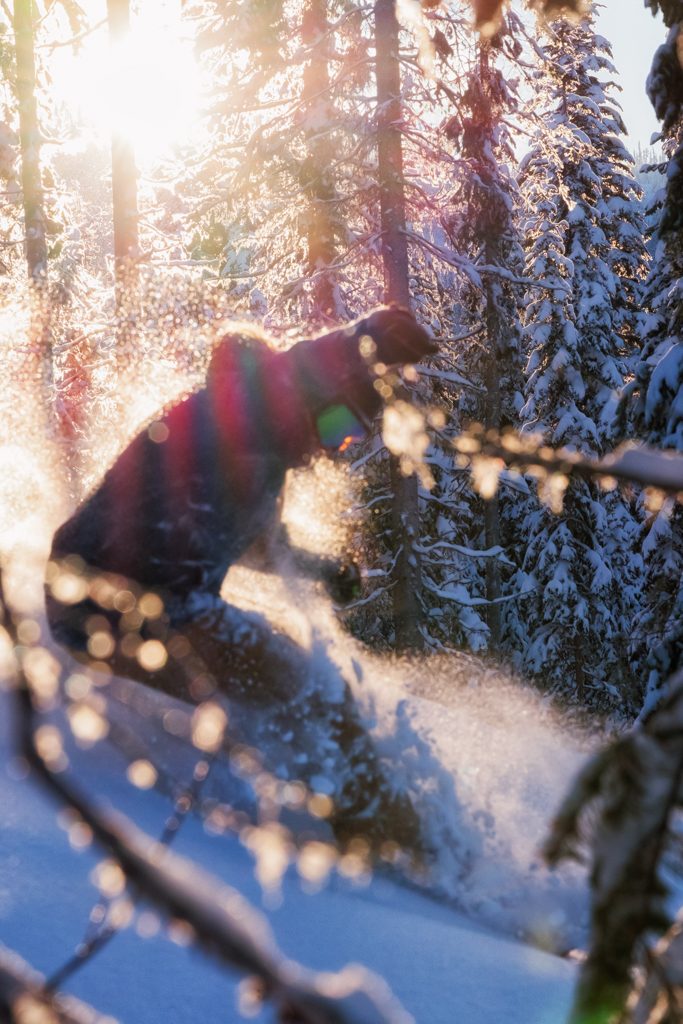