The Plants and Creatures That Beautify Our States 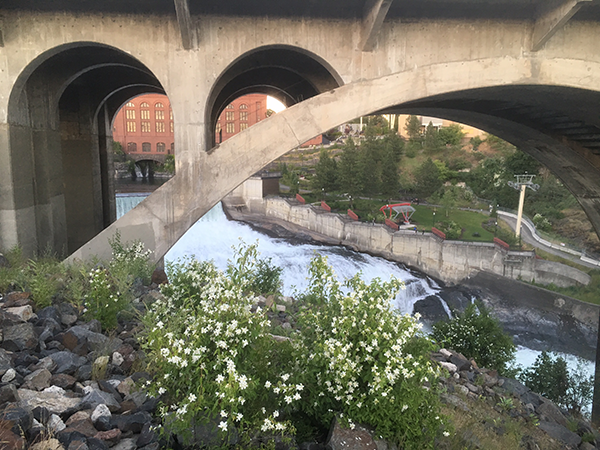 Regardless of who holds office in Washington D.C., citizens of the United States tend to have a deep sense of pride in their cities, states, and country. One illustration of this patriotic affection is the fact that we have state symbols and icons, not just national ones. These symbols represent the culture and natural marvels unique to each state, and spotting the plant and animal embodiments in the wild can be an adventure in itself.

Washington: State symbols used to be a big deal. In 1946, The Portland “Oregonian” ridiculed Washington for not having a state tree. Within a year, state representative George Adams passed a bill establishing the western hemlock as Washington’s tree. To this day, it remains a valuable tree to the state’s timber industry, and is one of the largest of its species. You can find its drooping evergreen branches and small, cylindrical cones from the coast to central Washington and in the Idaho Panhandle.

While we’re on plants, the Walla Walla sweet onion is the Washington state vegetable, the apple is the state fruit, and its flower is the Pacific rhododendron. In 1892, women throughout the state chose this deep pink flower but, because they couldn’t vote at the time, it was not official. After a statewide election the following year, their choice won over its proposed rival, the clover.

Washington took a daring approach with its animal icons, even selecting an amphibian (pacific chorus frog), an insect (green darner dragonfly), and two mammals: the orca (marine) and the Olympic marmot (endemic or native). However, the ones you are most likely to see on your outdoor excursions are the American goldfinch and the steelhead trout. The meadowlark was first considered for the state bird, but seven other states picked this little yellow bird as their symbol. Still, a dainty yellow bird won out in the end when school children officially chose the goldfinch in 1951.

Idaho: Once upon a time, Idaho almost voted to establish a state bush (the silver tipped sagebrush), and reptile (rattlesnake). Both failed, but the native plants and living creatures that did pass the legislature are prolific in Idaho, and many people in the Inland Northwest can readily identify them.

In spite of its vast and diverse agriculture, Idaho’s state vegetable is the potato. Most Americans would undoubtedly get that trivia answer correct. And the huckleberry is Idaho’s fruit. Much more than just a symbol and a favorite bear snack, this simple purple berry has become wildly popular throughout the Northwest and beyond. The abundant western white pine is the state tree, and the native syringa is the state flower. The syringa, a deciduous shrub with gorgeous white flowers, was collected by Meriwether Lewis in 1806.

Like Washington, Idaho also has a state amphibian (Idaho giant salamander), but unlike its neighbor, it has a horse (appaloosa), and a raptor (peregrine falcon). The peregrine is not as common of a sight in the Inland Northwest as the state raptor, the bald eagle, or Idaho’s beloved state bird (the mountain bluebird). One of two bluebird species found in the state, this bright blue bird was adopted by Idaho in 1931.

To round out the critter list, the cutthroat trout was selected as the state fish in 1990 through a bill sponsored by Coeur d’Alene’s Mary Lou Reed. And one of the most recognizable North American insects, the monarch butterfly, became the state insect in 1992.

As you head out onto the lake, mountains, and trails this summer, keep your eyes open for these unique and marvelous wonders of nature. They make our states, and world, more beautiful and a privilege to enjoy. //