The Mystery of the Council Circle

Did the floods roil over it? Or did a forklift just plop it in place? Has it always been there?  Or, as one Spokane West Central neighborhood teenager, returning to visit his favorite haunt, exclaimed, “Where did THAT come from?”

You can see the “Council Circle” from the first sharp curve on the swooping bike trail rising north from the Sandifer Bridge. Look west, down through the trunks of the tall pines to the north bench of the Spokane River, and see it nestled in the trees, settled into the flood bench gravels with timeless grace and solemnity. Approach it from below. From an elevated base, two semi-circles of massive, flood-rounded granite stones embrace a stone alter/hearth/picnic table. Additional boulders sit in attendance. The opening faces the Spokane River and is accessed by sweeping steps made of a layered mudstone. Smaller river rocks – that even a child could carry – make three concentric loops around it.

Many people enjoy the cathedral-like quiet and solitude of the Council Circle: people walking by, a birthday party with a Weber on the hearthstone, yoga and Tai Chi classes, church youth groups, the homeless. “I did come up with the idea. It isn’t as I envisioned it,” muses Judith Gilmore, long time West Central resident and activist, “but people seem to like it. “

In the early 2000s, Judith knew teachers from Holmes Elementary School sometimes brought their students down to the north bench of the river for lessons. She thought having an outside classroom would be a good thing. Thousands of years of inter-Tribal gatherings and community activity had taken place in this special reach of the Spokane River. The West Central Neighborhood Council (WCNC) liked the idea, and dedicated some HUD Block Grant funding to the project. The City Parks Department, the WCNC, The Spokane Tribe and Friends of the Falls were all involved to varying degrees in formulating the project. But what form it would take and how they could avoid the experience of building very nice picnic shelters in the same location in the 70s that didn’t last because of limited access, spotty maintenance and subsequent vandalism, remained a question. The project to build a tribute and gathering spot stalled from one yearly funding cycle to another.

By 2010, architect Larry Swartz became chair of the WCNC Parks Committee, inheriting the funded and approved project to create “something” on the North Bench. “I wasn’t even sure it was a good idea,” says Swartz – but he and the Parks Committee took the project to heart. Few sites could accommodate the required two hundred-foot setback, but one was finally selected near existing, well-tended monuments that appear to be pet graves. Larry sat hidden in the trees to observe how people passing by interacted with the site. To protect any possible Native American artifacts below ground, nothing could be dug into the topsoil. It needed to be built to endure and be made of natural materials. The design emerged, centered around an auspicious mound already at the site, and within a circle of small granite river stones, long embedded into the sand. Representatives from the Spokane Tribe helped orient the entrance to the directions.

By the fall of 2012, after a long, involved process that included expertise from Land Expressions LLC, Spokane’s own secret Stonehenge was quietly put into place for $24,000. Looking back, the Council Circle seems to have been born of its own volition, an idea, eddying through visionaries, committees, studies, permits, delays, designs, and Druids until finally manifesting itself. It was built on mystery, and still evokes mystery. It is a silent tribute to millennia of gatherings along the Spokane River; an invitation for people to continue to meet there, to share, to learn, to enjoy themselves, to appreciate and respect the natural world around them. Before long, another ring of small river stones appeared around the Council Circle. “Communicating through stones,” Swartz says smiling. “People are still doing it.” // 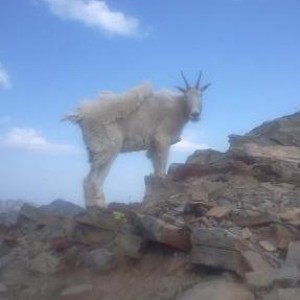