Now that the election’s over, I’ve tested out the instructions for making campaign-sign fenders we included in this month’s OTM. If you think making fenders out of this stuff is crazy, read the story on Gonzaga Law professor Terry Sawyer’s coroplast kayak and other cool stuff you can make out of old signs.

2. Test the first 2″ strip by fitting it over the back wheel, starting where the seat tube meets the chain stays. Run it along the seat tube, between the seat stays and over the rear brake. Trim where necessary. * I was unable to run the fender along the seat tube, so I attached it up top instead. The bottom is just dangling there, but it seems to be okay. NOTE: Resist the urge to preemptively zip-tie! I got a little excited and fastened the thing in place. This made Step 4 much more difficult than it needed to be.*

3. Punch two holes at the bottom of the strip (one on each side). * Since my bike did not allow for the fender to be tied to the seat tube, I skipped this step.*

4. Stitch the top of this strip to another: punch 2 sets of 2 holes at the end of both (to form a square). Stack the ends together, lining up the holes. Zip-tie each set of holes. * Again, this would have been much easier to do on a flat surface.*

5. Zip-tie the fender to the bottom of the seat tube. *Again, I couldn’t do this on my bike.*

6. Make 2 sets of stays — one for the rear end of the fender and one vertical. Use two 1″ strips for each. Score a crease 1″ from the end of each strip. Punch a hole in the middle of the 1″ square you’ve formed on each.

7. Punch corresponding holes in the fender where you want to attach the stays. Zip-tie them in.

8. Punch a hole close to the loose end of each stay. Zip-tie to the fender eyelets or the bottom of the seat stays.

… and there you have it.

These took about an hour and a half. I cursed a lot and they don’t look fabulous, but I’m pretty sure I just became significantly more hip.

If my project hasn’t sold you on the idea, check out Kent Peterson from Bicycle Alliance of Washington’s blog. Here’s one example of a job well done, plus some sweet panniers. 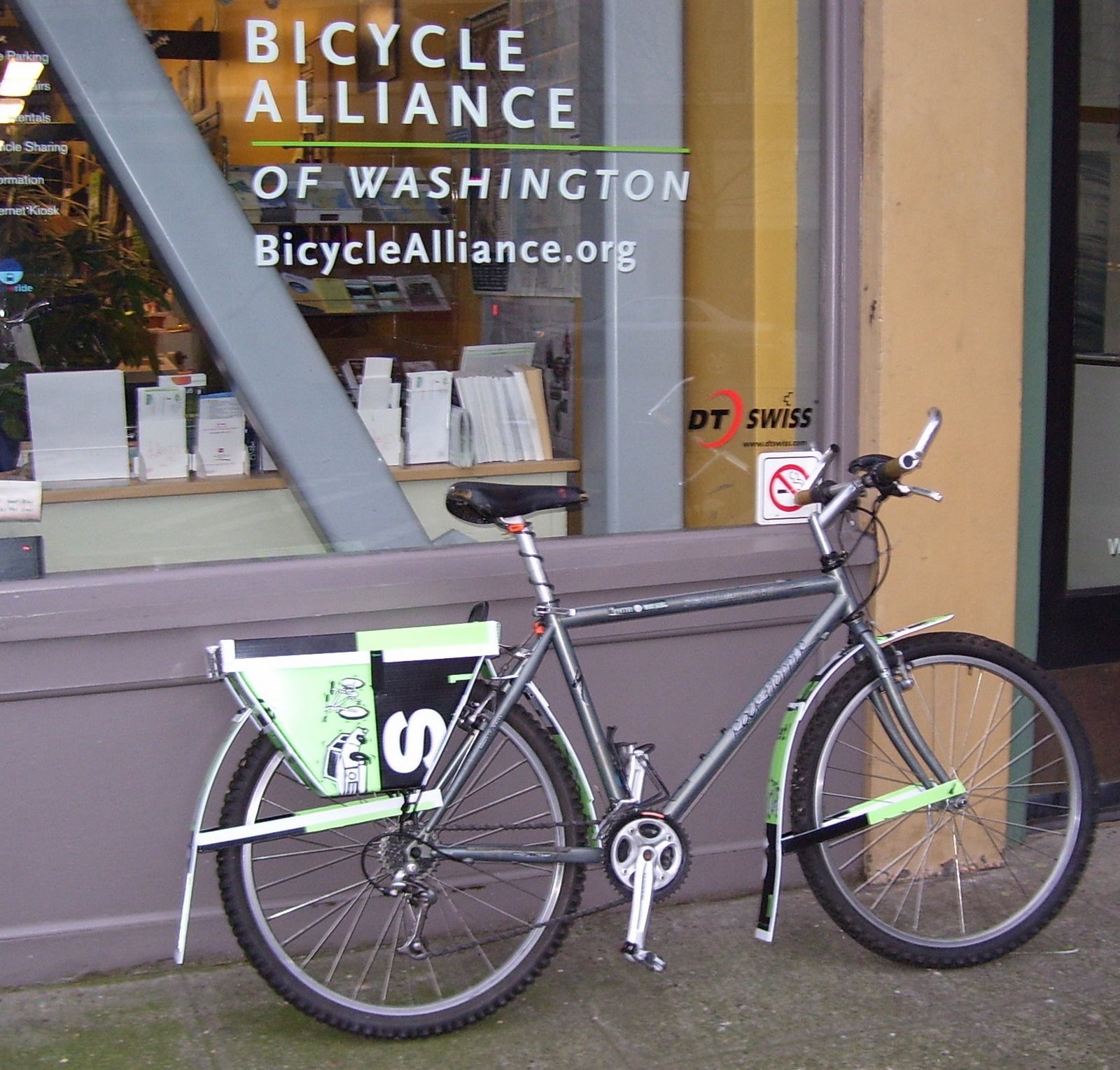 Have you made something cool out of coroplast? Send us photos at editor@outtheremonthly.ziplinestaging.com.