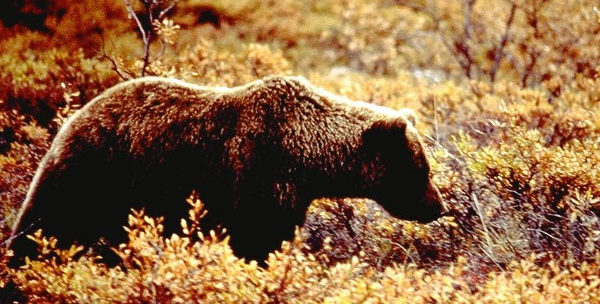 In a recent move that left many conservationists scratching their heads, the National Park Service and the U.S. Fish and Wildlife Service have reopened the public comment period on efforts to recover grizzly bears in the North Cascades. During the initial comment period on the recovery plan in 2017, the agencies received over 120,000 comments largely in support of grizzly bear recovery. Nevertheless, the Draft North Cascades Grizzly Bear Restoration Plan/Environmental Impact Statement (Draft EIS) is open for public feedback again through October 24.

Even though comments received in 2017 will still be considered, conservationists emphasize that the plan, and additional supportive comments, are critical for restoring a grizzly population in the North Cascades Grizzly Bear Recovery Zone, a vast wild area anchored by North Cascades National Park and several designated wilderness areas. Encompassing approximately 9,800 square miles, the North Cascades area is one of the largest blocks of public land remaining in the lower 48 states. It’s the only place in the contiguous U.S. outside the greater Rocky Mountains where grizzlies still roam, and the only federally-designated Grizzly Bear Recovery Zone on the West Coast. As top predators, Grizzly bears have an important role to play in the North Cascades ecosystem, where a recovered population will influence countless other animal and plant species like they have for thousands of years. Find everything you need to prepare and submit your comments at the Conservation Northwest North Cascades grizzly bear page.