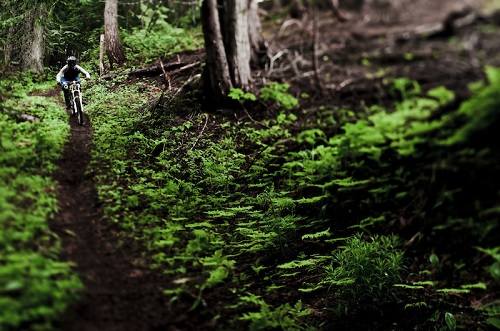 2014 will mark the 6th year of enduro downhill mountain bike racing in Rossland and the first year of inclusion in both the Kootenay-Rockies and BC Enduro Series. Rossland has a rich history of mountain bike racing, with the original Rubberhead Festival kicking off back in 1985 (on fully rigid bikes). It also hosted the North American Championships in 1993. As mountain biking continues to evolve, so have the events the community puts together. The new Rubberhead Enduro is a multi-stage, enduro downhill race that will be part of the Rossland Rubberhead Bike Festival and will include two days of food, drink and entertainment at Red Mountain Resort. Exact details of the course will be released one week prior to the race, but you can expect several downhill, singletrack legs with mandatory, untimed transitions with climbing in between. The race should take three to four hours to complete. While you’re up there, plan to stick around and ride Rossland’s world-class singletrack, including the IMBA “epic” Seven Summits Trail. More info: Rubberheadenduro.com. //