Unique in every way imaginable, the town of Joseph rests comfortably in the middle of nowhere and at the center of everything. This tiny northeastern Oregon town rests at the foot of the Wallowa Mountains, at the tip of Wallowa Lake and at the end of Highway 351—trapped between the massive Eagle Cap Wilderness and the enormous Hells Canyon. The tiny town doesn’t borrow much from other touristy villages and backcountry blackholes because it doesn’t need to. When you arrive in Joseph, you have arrived.

Named after the one and only Chief Joseph, the renowned humanitarian and peacemaker of the Wal-lam-wat-kain (Wallowa) band of Nez Perce, the community firmly grasps their Wild West heritage. Yet their progressive shops/restaurants/boutiques and their investment in bronze art are unmatched in the entire Northwest. This town, which hardly crests 1,000 people in the most current census, can proudly boast it has three bronze foundries and a bronze sculpture art walk unlike any other.

The unmistakable draw to this town is the Eagle Cap Wilderness, home to 580 square miles of the Wallowa Mountains. Characterized by high alpine lakes, bare granite peaks and endless ridges, the Wilderness includes 30 summits exceeding 9,000 feet, as well as 60 alpine lakes (nine of which are above 8,000 feet). Even climbers familiar with the area are amazed that 12 of the 20 highest peaks in Oregon rest in a 30-mile portion of the State, and four peaks are nearly 10,000 feet high. No wonder these mountains used to be compared to the Swiss Alps.

Wallowa Lake also bears a reputation unlike any other lake in the region. Famous in geology textbooks as a prime example of a lake dammed by glacier moraines, the lake is merely five miles long by one mile wide. However, the lake also hosted a gold rush in the early 1870s, which later contributed to the battles between Nez Perce and U.S. forces. Several monuments decorate the area and remember the mighty acts and contributions of Chief Joseph. Dedications are set up at the lake and in surrounding cities in remembrance of the Nez Perce tribe and the battle that took place in 1877.

Arguably the most famous portal into the mountains, the Wallowa Lake Tramway consists of 25 towers, plus a 3,700-foot rise from the lake to the summit of Mount Howard. The gondola is a Swiss-made tram, and was constructed in 1970 as the steepest vertical lift for a four-passenger gondola in North America. By comparison, the Silver Mountain gondola climbs 3,400 feet with 45 towers. Nearly anyone that has taken a ride on both claims the Wallowa Lake Tram is the better view and better wilderness summit.

Admittedly, the town of Joseph does swell in the prime summer months, and the town does their best to host a couple big events—including a blues festival and a biker rally. Both events are quite impressive if that’s the type of weekend you prefer. Frankly, the shoulder seasons of fall and spring deserve the most attention because they’re the most reasonable temperatures for outdoor pursuits. And this is also when the town is the most approachable for tourist business.

If you only do one hike in the area, definitely head to the summit of the namesake mountain of Eagle Cap. From the summit, the views over the Lakes Basin are unforgettable. The mountain is truly the hub of the wilderness, and canyons radiate in all directions. From the summit, one can see the East Fork Lostine River and Hurricane Creek flowing north, the West Fork Wallowa River flowing east, and the beautiful Eagle Creek flowing south.

When you combine the lake, wilderness, geography, history and world-renowned bronze art, you have a rather impressive road trip. Sadly, the very ingredients that create such a unique and wonderful destination also hinder it. Guarded by Hells Canyon and the Seven Devils Wilderness on one side, the Eagle Cap Wilderness on the other side, the only access to Joseph is over the Grande Ronde River, or via La Grande. It is not a place to visit en route to anywhere else, and once you leave Lewiston there are hardly any services. But once you arrive, you will know why it’s such a special place.

Joseph, Oregon, offers more than enough for any outdoor enthusiast. Tucked away from the main highway thoroughfares, the town has lakes and mountains that compete with anything in north Idaho, art that surpasses all but the best in Seattle or Portland, and hospitality that’s genuine. Whether you like fishing, hiking, backcountry skiing, photography, trail running or simply premiere Inland Northwest locations, the town of Joseph was made for you.

WHEN YOU GO
Strange but true, the trip to Joseph meets two easy-to-remember measurements. If you don’t include stops, it’s 200 miles away or 4 hours away. Just follow Highway 195 to Lewiston, then cross the Snake River into Clarkston. Continue south on Highway 129 to Asotin, and make sure your gas tank is full before you go any further. The road is bland for a bit, but crossing the Grande Ronde River into Oregon always proves interesting. Joseph is just a few miles past the town of Enterprise. 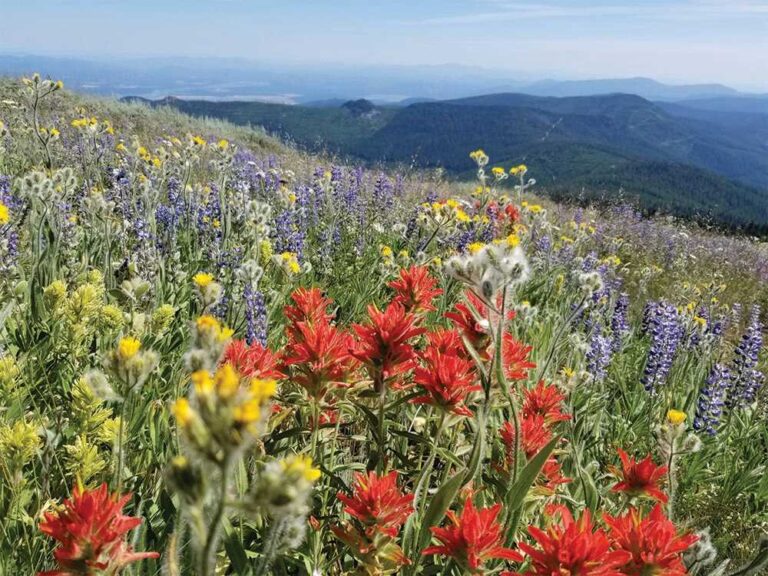 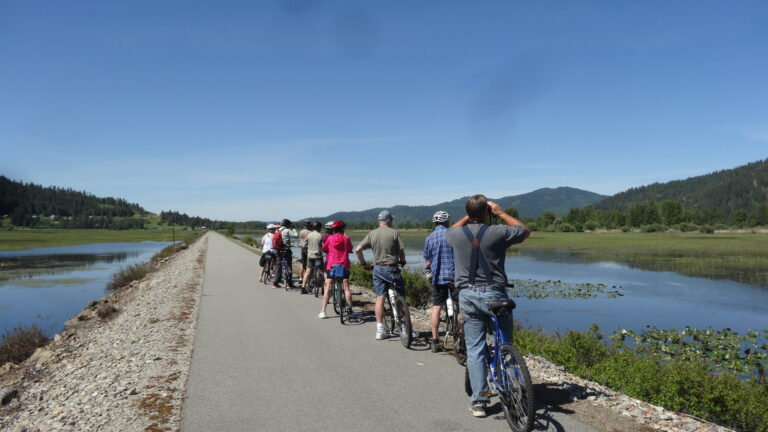