Paddleboarders Travel the Full Length of the Spokane River 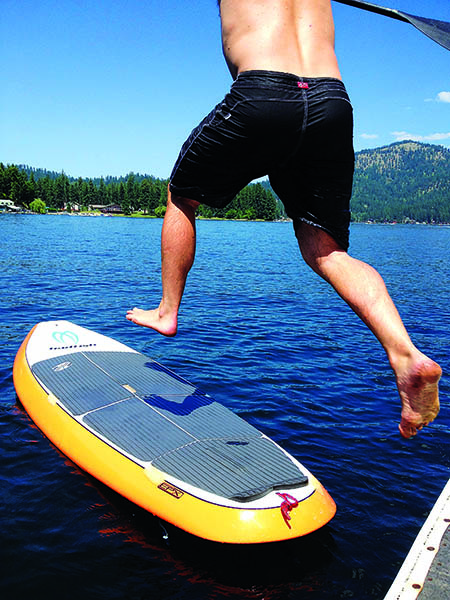 112 miles in four days on a stand up paddle board is pretty badass. Allison Roskelley, Jed Conklin, and Grace Robinson paddled the length of the Spokane River in a four-day adventure that included seven portages, several blisters, and lots of poison ivy. “In some places it was clear as glass with absolutely no movement, while others encompassed roaring whitewater that you could hear from 100 yards away,” says Roskelley. “Then there was the water immediately below the dams that moved in a way that was almost creepy due to the hydraulics. It really showed me that water is just as alive and unpredictable as any living being on Earth.”

The trio embarked on their adventure right at the height of the August forest-fire haze, and the conditions weren’t ideal. Nevertheless, they committed to roughly 28 miles per day, and they proved there’s still plenty of adventure right in our own backyard. Allison Roskelley’s father-in-law, John Roskelley, paddled the length of the Columbia River, and this definitely motivated her, she says. “My paddling career is definitely just beginning. I’d love to follow in my father-in-law’s footsteps and hit sections of the Columbia.” //