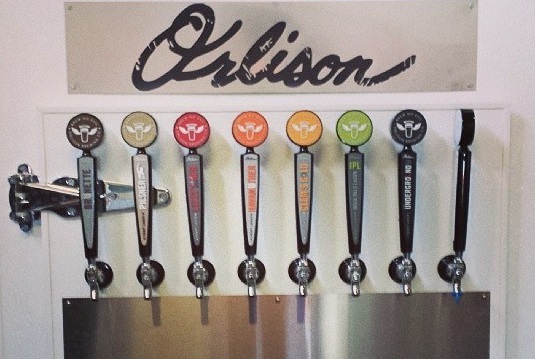 In all honesty, the Toasted Dragon from Orlison Brewing is not the right beer for everyone. It is not light and sweet like a blonde pale ale, and it isn’t dark with a coffee aftertaste like some porters or stouts. At its core, the Toasted Dragon is influenced by Asian cuisine with its blend of herbs, spices, root and fruit. The beautiful melody of flavor rolls directly out of the complex ingredients including basil, lime, a hint of sweet ginger and a daring amount of Sichuan pepper.

The Toasted Dragon stands alone. It doesn’t require salty potato chips or greasy hot wings. It’s a complete flavor that’s equal parts spicy and smooth. The ginger and basil prohibit any noticeable bitterness while the lime and pepper bring the flavor to a peak. Whereas some might think the pepper is the dominant flavor, it’s actually the ginger and basil. Among craft beers, the ABV is rather low – just 4.9%. This point further emphasizes this is a deluxe beer, and it’s so tasty you can drink a couple without feeling like you enjoyed too many.

Best of all, now that Orlison has a taproom downtown across from the Martin Woldson Theatre on First Ave., there is an ideal outlet to experiment with even more deluxe beers. Their motto is Brew No Evil, and they have certainly made good on that promise so far. Orlisonbrewing.com