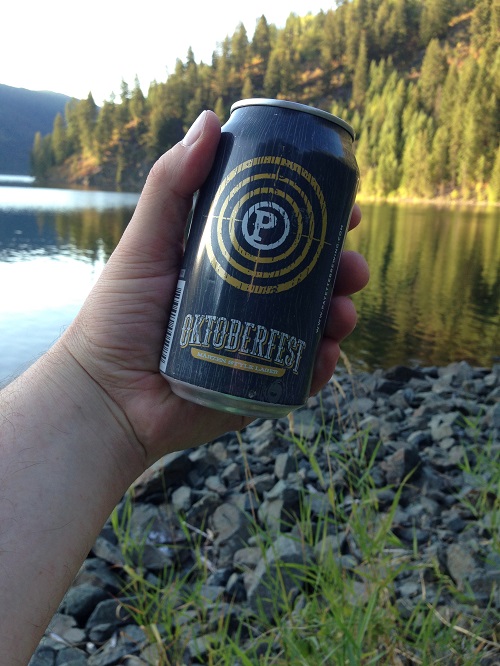 After just one sip, you can almost smell pretzels, brats and sauerkraut. The NEW Oktoberfest beer from Payette Brewing is a Märzen style lager. The Boise-based brewery dressed in lederhosen and turned up the polka music to concoct a crisp fall beer that belongs in every October beer garden. It’s become a crowd-favorite from the start, and many hope they decide to make this beer year-round instead of seasonally.

The name “Oktoberfest” has become synonymous with the autumn beer gardens that sprout up in October to coincide with the actual Oktoberfest held annually in Munich, Germany. The two-week Bavarian festival running from mid or late September to the first weekend in October attracts more than 6 million people from around the world every year. The real Oktoberfest is an important part of Bavarian culture, and it’s gaining popularity as a style of beer.

In Germany, the term Märzen style lager covers beers that vary in color from pale through amber. The style is characterized by a medium to full body, a malty flavor, and a clean dry finish. The Payette Oktoberfest equals all of the standard criteria, however sweeter, caramel malt elevates the aroma. Even better, when it’s ice cold it’s among the most refreshing beers available.

Through a curious twist of fate, Oktoberfest in Germany was established in 1810, and Payette Brewing Company was established exactly 200 years later in 2010. The Payette Oktoberfest beer features a mild 10 IBU, and the ABV is a moderate 5.9%. Admittedly, the name suggests you drink it with brats, but it also tastes absolutely fabulous when you’re sitting on a tailgate with your friends after a dusty trail run or mountain bike ride.