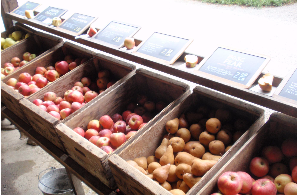 As craft brewing continues to grow and refine across the country, the art of hard cider making is also experiencing a resurgence. At North Idaho Cider, the second cidery to open in North Idaho, Greg and Mara Thorhaug are bringing a blend of cider fermenting traditions and new, experimental American cider styles to the Inland Northwest.

Greg and Mara first fell in love with cider during a trip around the world in 2011. “We took a sabbatical from our jobs,” says Mara, “and traveled on the cheap, sampling ciders from Argentina, Finland, Estonia, Spain, New Zealand, everywhere.” Inspired by these world traditions, as well as American pioneering cider makers, such as Reverend Nat’s in Oregon, the Thorhaugs began their own fermenting about three years ago.

Situated in an unpretentious building next to the Hayden Airport, North Idaho Cider’s simple tasting room features two standard taps and one rotating tap. Their core ciders are the clean, fresh Lake City Dry and their more punchy Lake City Hopped with Citra hops that create a luscious citrus aroma and adds complimentary tropical notes to the blend of apple cider and pear juice. Both are easy to drink, but watch out for that 7% ABV!

Their third tap will rotate seasonally but this spring featured their Renaissance Cider, made from standard cider made with juice from five Washington eating apple varieties blended with more tannic, traditional English and French cider apples, which they source from the Moscow area and their family orchard in St. Maries.