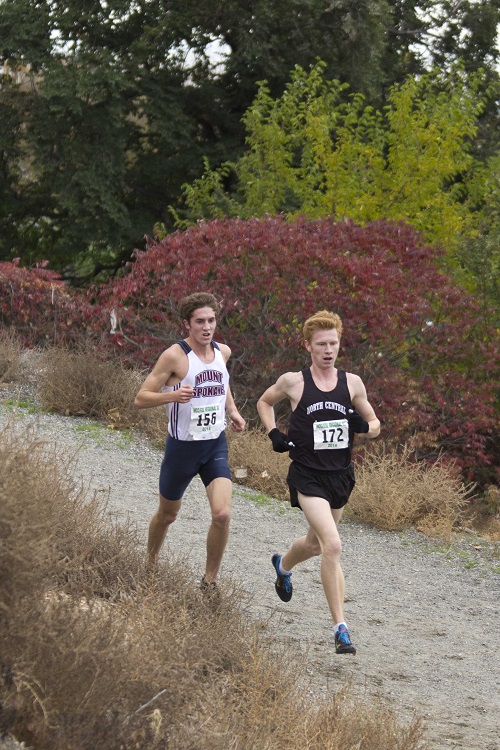 The State Championship on November 8, 2014 marked two remarkable feats in Washington State high school cross country. First, North Central won its 9th consecutive State Title and tied the record set by Coach Pat Tyson during his tenure at Mead. In an age where few high school teams return to the championship podium more than four or five times in a decade, North Central’s program testifies to hard work and intelligent conditioning in the off-season.

Of course it certainly helps when the fastest high school runner in the nation is on the team. The second amazing feat on November 8 had to be Tanner Anderson besting his previous state course record by more than 11 seconds. For the sake of perspective, the Olympic qualifying time for a 5K race for men is 13:33. That’s on a windless oval track without hills. At 14:32, Tanner Anderson finished within a minute of the Olympic standard on a chilly November day in the wind, with hills.

When asked if there were any special words of encouragement before the race, Anderson said, “Our coach just instilled in us that he knew we could win and that it would take all of us to be in the same boat and on the same page.”

Although Anderson graduates this year, he quickly added, “I believe that next year NC can make history with another state title,” he says, followed quickly by a few knocks on wood. “The depth is definitely there.”

On the national front, the North Central team has already won the Nike Cross Regional Race and advanced to the Nike Cross National Race on December 6, at the Glendoveer Golf Course in Portland, Ore. //