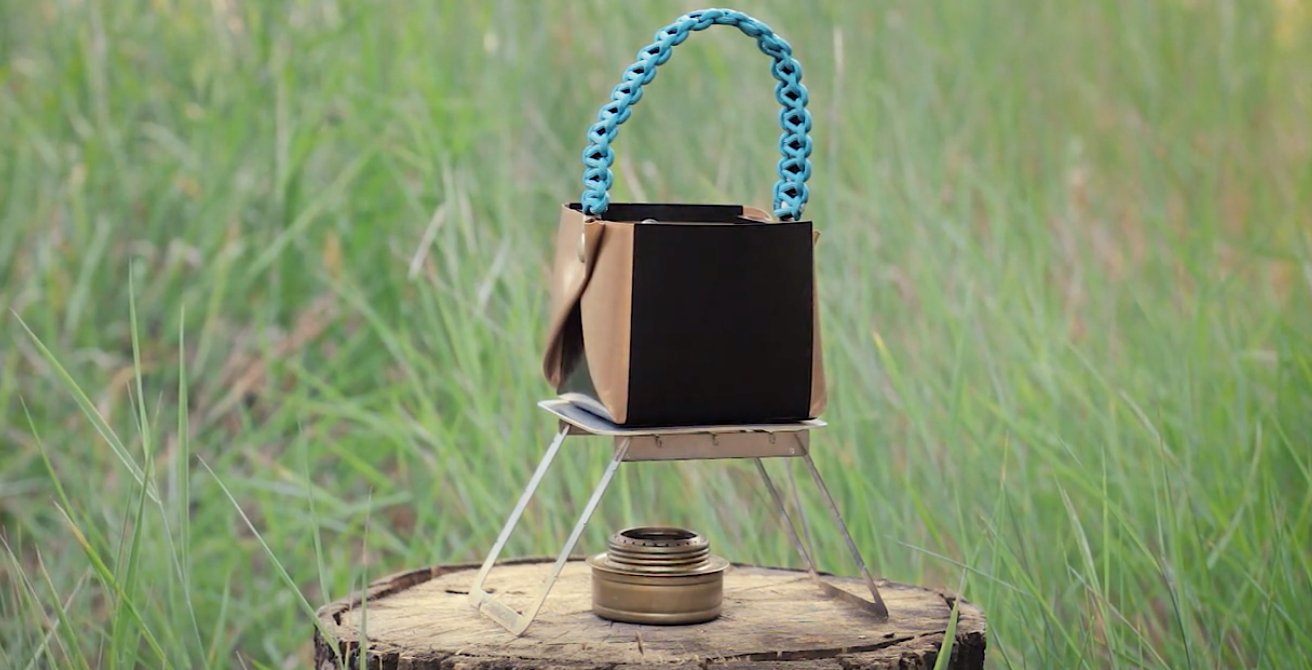 The minds behind Spokane-area gear company Bear Minimum have been working overtime to bring some new products to market. Best known for their superlight, compact folding cookpot, they’re moving ahead with three new products—and they’re revealing it all on Kickstarter on August 1, 2019.

Last May, Bear Minimum and Grim Survival both had products represented in a survival kit. Both companies admired each other’s products and ingenuity, so they began brainstorming together. Bear Minimum owner, Cory Santiago, says, “We hit it off instantly and this has been an easy and fun collaboration. We are developing a new line together that complements the Bear Bowl cook pot perfectly but also can be used with other pots. We both have a high standard when it comes to manufacturing and materials and are excited about these new products.”Made from 8mm thick surgical stainless steel cards, Bear Minimum invented a lid that doubles as a griddle, two utensils that fit together to make tongs, and a survival stove that folds down even smaller than their smallest Bear Bowl. Although they don’t have final specifications for the products, most will weigh less than 3 ounces, and all three of them combined are smaller than a smartphone. The Kickstarter campaign will only run for 30 days, so check it out sooner than later. Info: Kickstarter.com/profile/grimnbearit.