MovNat: The Wholehearted Approach to Fitness

The day after completing a MovNat teacher training workshop in Santa Monica, Sandpoint-based Collin Beggs spotted an elderly homeless man passed out on the sidewalk in the full July sunlight, the dusky red sunburn on his skin obviously getting worse by the minute. Beggs went over, woke the man enough to ask his permission, then picked him up and carried him to the shade using a comfortable carrying technique he’d just learned in the workshop: deadlift to waist carry. “Once I set him down and arranged his belongings, he thanked me, and honestly I cried in gratitude for this wondrous human body I inhabit,” says Beggs.

The term MovNat is taken from French movement naturale and its motto is “be strong to be helpful,” a practical, community-driven ethos that is missing from many other workout programs and sports. If its adherents are to be believed, it’s as much a message of love and purpose as it is a way of getting in shape. “All of my pushing to be strong as a way to ‘perfect’ myself fell away to become a path to humanity and kinship with creation,” says Beggs of carrying the man to the shade.

The popularity of MovNat has seen recent uptick with Christopher McDougall’s new book “Natural Born Heroes.” As part of his exploration of what a “hero” was and is, McDougall trained with MovNat inventor/founder Erwan Le Corre in order to improve his natural agility, strength and endurance, not with weights or “running in circles,” but by, essentially, playing – throwing rocks, jumping, somersaulting, vaulting over obstacles and carrying things.

The idea is to act like a kid who’s never learned that “exercise” equates to dull, repetitive motions that build up one specific muscle group. MovNat is about movement, all the movement that humans are capable of in a multi-dimensional universe. It acknowledges the mental and social aspects of movement, as well as the physiological effects of overtraining or limiting yourself to one kind of movement. It focuses on moving efficiently and with proper alignment. The end goal: bodies that are highly functional, capable of navigating any obstacle with ease. It leaves calorie-burning elliptical machines by the wayside, considering them as little better than torture devices designed to keep people crippled and weak – and dependent on expensive gym memberships.

Beggs, a 41-year-old timber framer who recently decided to take on gymnastic tumbling for the first time in his life, is a big proponent of MovNat and of “human movement” in general. He also trained with Le Corre in order to get his MovNat teaching certificate, and is slated to teach his first movement workshop at the Timber Framers Guild conference in Coeur d’Alene October 30.

As sort of a MovNat baseline, Beggs goes on long barefoot hikes, literally barefoot, pointing out that your body moves in a naturally more fluid way when you’re protecting the skin on your feet. I tried it; it’s true. It’s also way more fun. Particularly in new grass or in mud warmed by the sun –you can pick your way off-trail at a surprising rate, dodging gravel and burs. It feels undignified and therefore not like exercise exactly, more like goofing off just because the weather’s nice and who says you need shoes anyway? To these barefoot hikes, Beggs adds jumping, climbing trees, running barefoot in the dirt, balancing on logs, crawling down the trail. He trains on playgrounds, as well, practicing his tuck pop up on the monkey bars – a pull-up/elbow up/pushup sequence that builds muscle and mobility. Beggs explains that you can do MovNat anywhere, using anything, although it is scripted to be used in natural environments.

Beggs says he finds MovNat inspiring because he has tried to build his whole life around the ethos it espouses. He specializes in timber framing using trees taken directly from the forest and fitted together into structures that themselves resemble forests, with naturally-bent curves, bifurcated posts showing the long grain of thick trunks, and hand-planed cedar. “Be strong to be helpful,” has long been something he espoused, with helpful referring to the ability to construct and raise a frame with other people, manhandling logs and pounding them into place. The end result is structure, home – a helpful thing if ever there was one. // 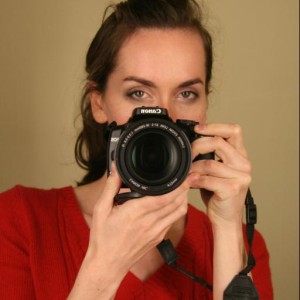