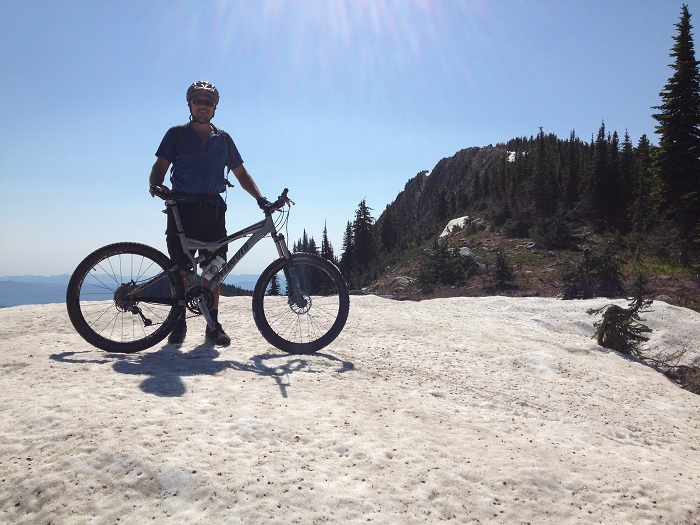 Sometimes it pays to show up early and be first in line for something you really, really want. That’s how, back in 2008, I ended up with my 1988 Toyota pickup truck backed up to the doors at Wheel Sport in Spokane Valley hours before the start of the Midnight Madness sale.

My late 90s-era full-suspension mountain bike was literally falling apart, and it was way-past due for a new ride. The bike I was destined to score at around 45% off retail, by being first in line for the sale, was a 2007 Specialized Stumpjumper with a tag attached to it that read “Holy Shit That’s Cheap!” I sat in the shade of my truck canopy for hours, enjoying some snacks and a cold beverages, and waited for the doors to open. Soon I wasn’t alone. More and more customers lined up behind me. When the time came to let everyone in, being first in line paid off—I strolled through the door, walked up to my new bike that was worth more than my truck parked outside, and happily whipped out a credit card as a wave of customers exploded on the store behind me. 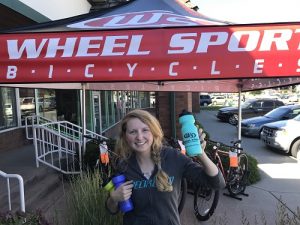 Everything in the stores is on sale, from water bottles to 2018 bikes.

After taking a year off, Wheel Sport’s Midnight Madness Sale is back thanks in large part from customer demand, says Wheel Sport’s Strategic Director Craig Kent. The sale started back in 2003 at the South Hill store as a way to inject some fun into a typical bike sale. While the details are still being worked out for this year’s sale, “there will definitely be some special things going on, music and a fun atmosphere for sure,” says Kent. But the big draw for the Midnight Madness sales, and the thing that got me to show up hours in advance to be first in line, is the deals on everything, from 10% on 2018 bikes to up to 75% off on everything else. “This is the only sale we do that includes every item in the store,” adds Kent. “Do your shopping research prior to the sale because it could be a little, or a lot, crazy during the sale.” 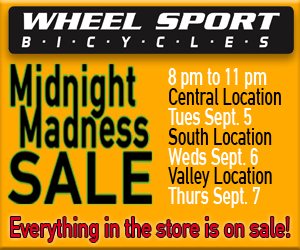 Don’t let the name fool you; you don’t need to stay up until midnight or lose sleep to bring home a good deal. Hours run from 8-11 p.m., not midnight, on three different nights at the three Spokane-area Wheel Sport stores. The three-night sale kicks off with the Central store (1711 N. Division) on Tuesday, September 5; the South Hill store (3020 S. Grand Blvd.) on Wednesday, September 6; and the Spokane Valley store (606 N. Sullivan Rd.) on Thursday, September 7. More info on Facebook at Facebook.com/wheelsport. //