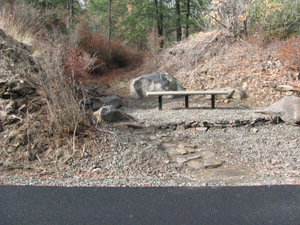 Last month, Out There Outdoors reported on the recent Washington State Supreme Court decision that protected recreational immunity. Known as Lockner vs Pierce County, the decision encourages landowners to allow public use of their land for outdoor recreation by providing the landowners with immunity from most injuries that might be sustained through the public’s use.

This was a major victory for public trails and community paths in Washington State, and it will certainly be a cornerstone case for any litigation involving urban community trails in the Northwest. Recreational use statutes limit both private and public landowner liability when their land is opened for recreation. These laws are based on the premise that recreational users assume the risks associated with their activity, discouraging lawsuits against a landowner from individuals who are hurt while recreating. But, this decision held that Washington’s statute was limited to land opened to the public solely for recreational purposes. This decision meant that any lands also opened up to timber sales, wildlife protection, scientific study, or anything else in a wide range of multiple uses would be open to lawsuits stemming from accidents to recreational users on those lands.

Thankfully, a coalition of recreation groups and land trusts—including Washington Climbers Coalition, American Whitewater, Evergreen Mountain Bike Alliance, The Mountaineers, and Washington Trails Association—joined forces to enter an amicus brief with the court that urged a reversal of this decision. On April 19, 2018, the court revised the original ruling. Washington state recreational use statute does in fact cover any lands opened for free public use, regardless of whether the land in question is used solely for recreational use or if the land has been opened to other uses. A huge thanks to Pacifica Law Group for representing the coalition and preparing the amicus brief. //