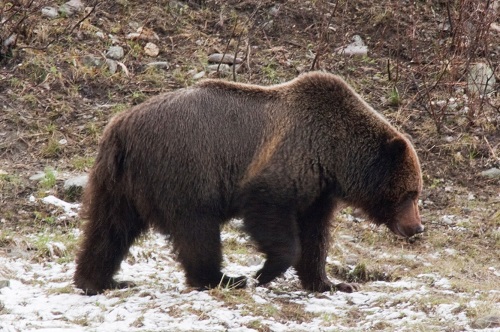 What might the recovery of grizzly bears mean for those of us who live, work, and play in the wild landscapes of the Northeast Washington and North Idaho? Biologist, photographer and author David Moskowitz will share photos and stories from his work and travels across landscapes where grizzly bears roam at a free presentation on Sunday, March 20 at 7:30 p.m. in Spokane at the Wolff Auditorium in the Jepson Center at Gonzaga University (doors open at 6:30). Learn how to distinguish grizzly bears from black bears, both from animals you have seen and their tracks and signs, and the differences in behavior of these two species.  The presentation will also cover steps hikers, campers, mountain bikers, climbers, anglers and others who recreate in grizzly bear country should take to be safe. Moskowitz will also discuss what grizzly bear restoration might look like in Washington’s North Cascades, which is a federally designated Grizzly Bear Recovery Zone. “Living with Grizzly Bears” is hosted by Gonzaga Environmental Organization.

Where Grizzly Bears Roam in the Inland Northwest

The Selkirk Mountain ecosystem includes approximately 2,200 square miles of northeastern Washington, northern Idaho, and southern British Columbia, Canada. The estimate for the number of grizzly bears within this ecosystem ranges from somewhere between 50 and 70 bears. These numbers may be increasing because of more frequent sightings. Unfortunately, illegal mortalities (poaching, mistaken identification, etc.) have always been a problem for this small grizzly bear population and may be one the leading factors holding back the rate of recovery. With a growing human population and grizzly bear population, there is going to be conflict, although there are plenty of proactive efforts that can be made to reduce conflicts between humans and grizzly bears. 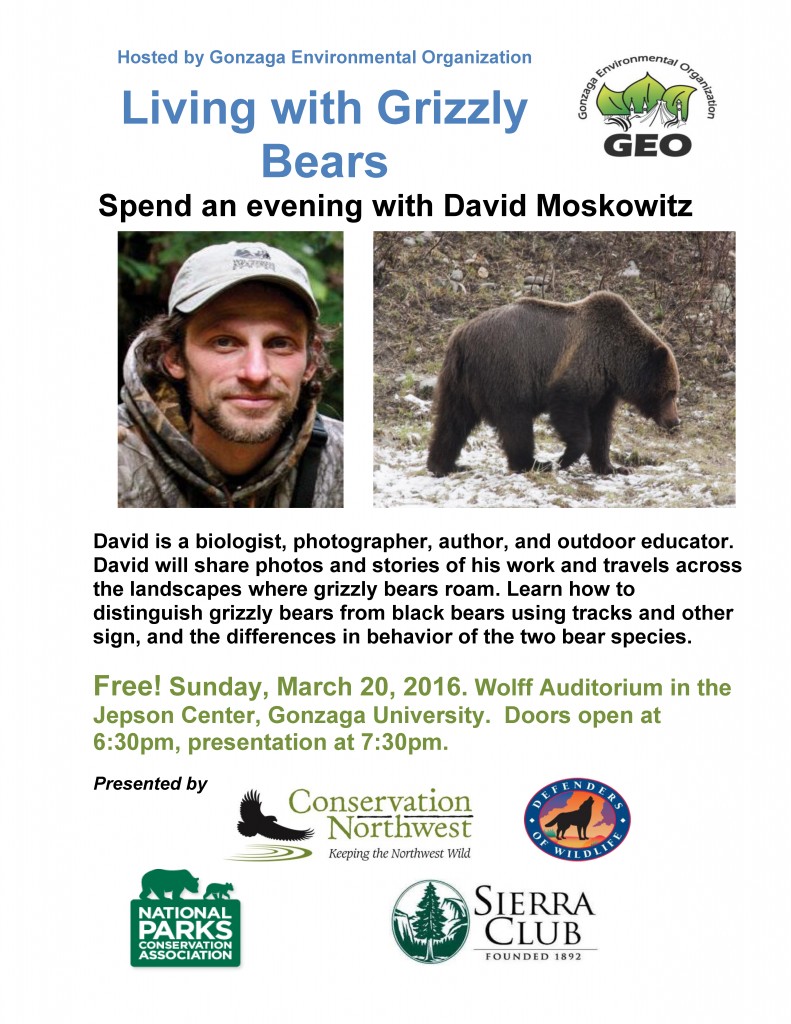