A true weekend warrior, 11-year-old Vance Lazarus gets up with his dad at 5:30 a.m. on winter mornings. This early wake up call is the weekend routine for the local Silver Mountain snowboarder. They need to leave their hometown of Coeur D’ Alene to open the Mountain Café, which his dad Matt Lazarus owns. 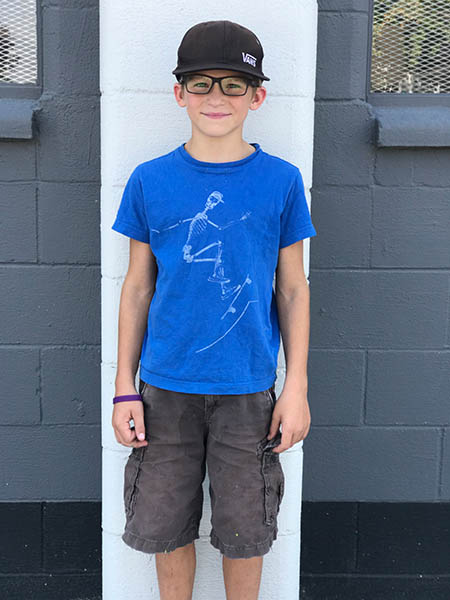 Located in the heart of the Gondola Village at Silver Mountain, the Mountain Café serves up coffee and pastries. While his dad gets to work, Vance has a small cubby in the cafe were he sleeps until his father is finished and it’s time to ride. (Matt mentions his son has just about grown out of his morning resting spot.) Waiting for the gondola to open, a cinnamon roll fills Vance’s stomach as his mind drifts to thoughts of riding untouched powder and ripping big smooth turns on his favorite run, Centennial. You can also catch Vance hiking and earning his turns, carrying his Flow board to the 6,205-foot summit of Wardner Peak.

When asked to describe what it’s like to ride powder, Vance replied, “It’s like riding and jumping on pillows, like a soft bed.” Most of Vance’s riding is hunting for fresh powder. When not in search of pow, he’s going off jumps, trying to make his method grab better. This upcoming season he’s hoping to land front flips. During the summer months, Vance spends time in his backyard skating the family mini pipe and mountain biking at Silver Mountain. This Silver Valley local will be one to watch in the years to come. // (T. Ghezzi)

Editor’s Note: In the Oct/Nov print version of this story, a photo of another rider was accidentally included instead of this correct one of Vance Lazarus.