The first time I hiked into Northrup Canyon I was purposefully off course. It was the day after an old friend’s funeral on Vashon Island, and the lure of solitude was much stronger than the pull of whatever else was piling up alongside the unopened mail back home.

Under those circumstances, the detour onto the primitive road leading to a hanging gorge east of Banks Lake was a near-perfect choice. Within a few minutes I was walking into a majestic rip in the earth.

We’d probably all know more about this spectacular ravine if it weren’t so close (3 miles) to another epic eastern Washington landmark, Steamboat Rock. Steamboat is a massive anvil that rises 800 feet above the surface of the water in upper Grand Coulee. You can’t miss it.

You can very easily miss Northrup Canyon because its mouth is hidden from the highway (State route 155, linking Coulee City to Grand Coulee dam) by a formidable bulwark of bedrock and ancient flood deposits.

If you’d started your day driving from Pasco or Portland, the only rock outcrops your eyes would have met for hours heading toward Grand Coulee are those of basalt, the bronze lava layers of eastern Washington bedrock that—just beneath our topsoil—cover tens of thousands of square miles. Drill a hole near Pasco and two miles down you can still be drilling into wedding cake layers of basalt like those on display at Steamboat Rock.

When you get near the mouth of Northrup Canyon, however, the road cuts gleam white, and orange, and pink with granite. Because granite, unlike basalt, can only form deep in the crust, it always takes tens of millions of years of uplift and tedious erosion for the shoulders and spires of a batholith to appear at the surface. Well, almost always. What’s somewhat mind blowing about the granite in the Northrup Canyon area is just how suddenly and recently it was exhumed.

It was essentially a modern event. Scientists believe Northrup Canyon was formed during the very last stages of the most recent ice age floods. This means it is likely the canyon didn’t even exist when the earliest North Americans arrived in the Inland Northwest. If people were here to witness the forces that created the canyon, they almost certainly perished within a few minutes of the witnessing. Though modern hikers are in no danger of drowning (beware of the rattlesnakes, though) it takes only a few minutes once you start walking into the ravine to see dramatic evidence of what, at least in geologic time, is a very recent natural explosion.

When he explored Northrup Canyon nearly a century ago, the famous American geologist J Harlen Bretz knew exactly what had happened. “One can stand on the brink of Northrup Canyon and aver with confidence that it can never be satisfactorily explained except as an extinct Niagara,” he wrote.

What Bretz first termed “the Spokane flood” (there were actually dozens) roared 150 miles west before excavating Grand Coulee and what is now Northrup Canyon. Upon arrival, the torrents blasted through the basalt and began to expose the underlying granite—and not just a few pieces here and there. Near the canyon mouth is a massive gumdrop of exposed granite, nicknamed “Gibralter,” that rises well over a hundred feet from the canyon floor. It’s a jaw-dropping sample of the same granitic bedrock that anchors the footings for Grand Coulee Dam, eight miles to the north. The classic great floods canyons, like Grand Coulee, are U-shaped. Northrup Canyon is actually shaped more like a W, with a gleaming ridge of granite between the basalt outer cliffs.

No river was involved in the creation of the canyon, but there is a small stream, Northrup Creek, that waters aspen and dogwood and sinks beneath its cobbles in late summer. A central trail follows the creek a couple miles east to the abandoned Northrup homestead, then doglegs northeast toward a plunge-pool lake. A climbing trail on the south side of the canyon (off limits in winter months so as not to disturb large numbers of nesting bald eagles) offers panoramic views from the top of the rim rock.

To be sure, the rocks have a great story to tell here. But on any given day, as time drifts forward, so do the pines, the aspen, the nesting raptors and the ever-present ravens whose calls echo against the cliffs. It’s like walking into an unfinished, epic poem.

Originally published in the May 2018 print edition of Out There Outdoors “Walking the Flood-Carved Wonder of Northrup Canyon.” 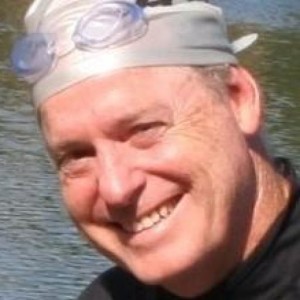 Tim Connor is a regional and national award-winning investigative reporter who specializes in complex environmental, legal, and public corruption stories.