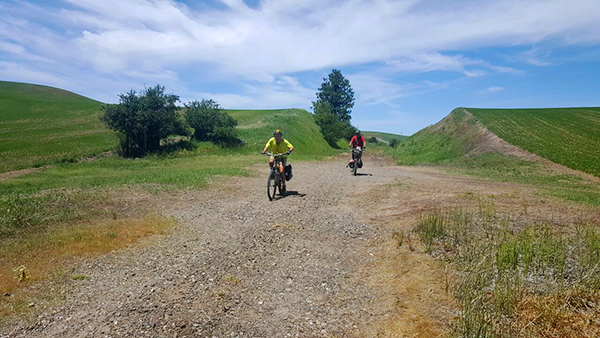 Washington, D.C.—The Great American Rail Trail is a proposed 3,700-mile route that would stretch through 12 states, from Washington to Maryland, passing close to Spokane and through the Idaho Panhandle. The Washington segment plans to use the existing Cascades to Palouse State Park Trail, formerly known as the John Wayne Pioneer Trail and Iron Horse State Park. One of the primary ingredients for this trail’s success includes the Beverly Railroad Bridge, the main connecting bridge over the Columbia River. After the initial railroad went bankrupt in the mid-1970s and abandoned its lines in the Pacific Northwest in 1980, the bridge and adjoining right-of-way were taken over by the State of Washington in lieu of back taxes owed by the railroad. Soon after, the bridge was listed in the National Register of Historic Places because of its association with the Milwaukee Road railroad. Dozens of groups are eager to see this section upgraded and revitalized. Thankfully, the funding exists; however, the project will require at least two seasons to complete. Stay tuned for more news on this important project.