Keeping Up And Giving Back 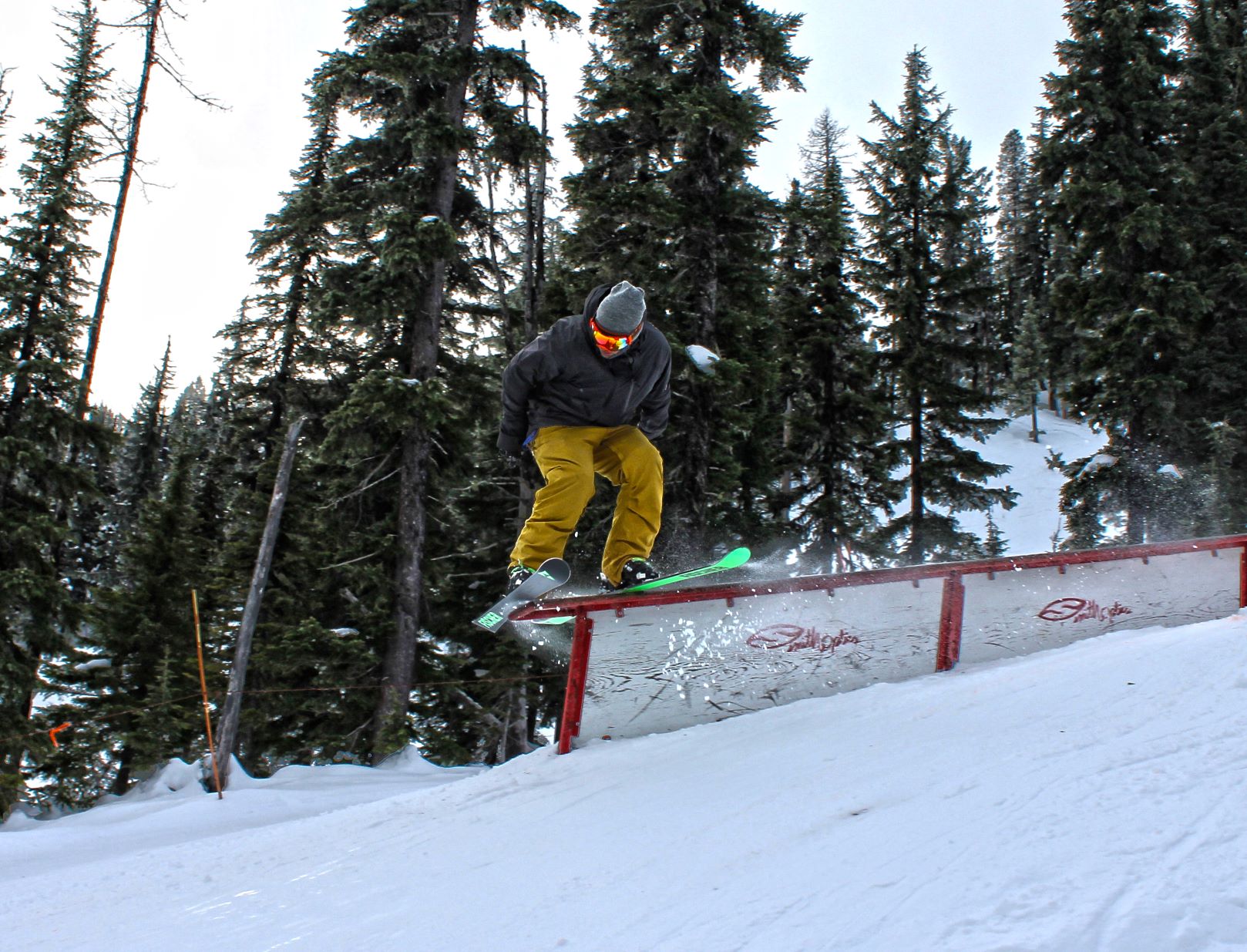 By Jon Snyder, founding publisher of Out There Monthly

When you look at the slopes today it’s hard to remember that just a decade-and-a-half ago snowboarding was dominated by men. The gender distribution seems a lot more even these days. Lewis and Clark High School grad Kasey Weise recalls that when she first went to the local mountains, her girlfriends skied—and she did too. Until she met fellow LC student, snowboard nut—and her future sweetheart—Andy Spotts. He had a board, she had a car. They spent a lot of time at Silver Mountain trying to see if Kasey could “keep up” with Andy’s riding. Andy eventually did his time as a freeride pro, appearing in films. And Kasey more than kept up. They have been living the mountain dream in Tahoe for the past 12 years where Kasey has parlayed a snowboard passion, and a degree at the University of Nevada, Reno, into a job as Marketing Director for Porters Tahoe, a premier mountain shop in the Sierras.

“My life in the snowboard industry has been pretty awesome. I really wanted to give back,” she says. Which is why I was on the phone with her a couple weeks ago. Kasey had just joined the board of directors of the High Fives Foundation. High Five’s mission is “to raise money and awareness for athletes that have suffered a life-altering injury while pursuing their dream in the winter action sports community.”

Kasey and I talked about High Fives inspiring founder, Roy Tuscany, who suffered a devastating spinal injury in 2006, and the recent sit ski competition at the winter X-games. “There is no crutch for them. How can you not be inspired?” says Weise.

That’s High Five’s message: It will be really frustrating—but always stay positive and rise again. Injured athletes can apply for grants from the foundation for equipment such as sit skis (which are not cheap, as new ones run about $3,000) or for treatments often not covered by health insurance such as acupuncture, yoga, and adaptive ski lessons. Just recently they funded their first wheelchair rugby player.

Kasey’s task is to outreach to the snowboard community and help raise money for more grants. “Growing up in the Northwest taught me two things: to enjoy the outdoors as much as possible and to be passionate about the adventures of life,” she says. She’s also teaching young girls that they can keep up and give back.