Coeur d’Fondo On a Two Speed 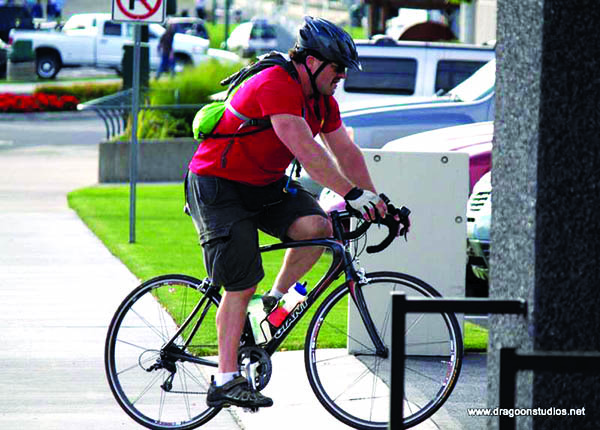 I rode 108 miles on a two speed bike. According to Strava, the ride was 7,222 feet of elevation with only two gears to choose from. It was not something I set out to do, but once fate stepped in, I decided to press on.

The Coeur d’Fondo is a bike ride around Lake Coeur d’Alene that offers several distances to choose from: 37, 47, 84, and 108 miles. There’s also a 15-mile family version. I chose to ride the whole 108 miles. On the climb from Beauty Bay, my rear derailleur stopped working. At the aid station at the top of the hill, I took a look at the problem. While I was pushing on the gear lever, it slid out of its housing. When I tried to put the lever back, it broke off.

I had been looking forward to this ride for a year. All of the miles of training, all of the attention paid to nutrition and diet, and then 18 miles into the ride and my gear lever is sitting in the palm of my hand. In my pre-ride planning, the worst mechanical failure I had anticipated was a flat tire. Losing my ability to shift was out of the realm possibility, until it happened.

I don’t take myself too seriously as a cyclist. I don’t wear spandex or a jersey. I don’t belong to a club. I use a Camelback rather than water bottles. I do not have anything against other more serious cyclists, it’s just not something I am interested in. I do, however, take cycling seriously. I have worked hard on my pedal stroke, focusing on making circles with my feet. I have practiced one-legged pedaling to ensure I am using all of my leg muscles and that I have a smooth stroke. I challenge myself on hills, using the large crank gear as much as possible, only switching to the small crank gear when my cadence is too low, then switching back to the large crank gear as soon as possible. My favorite Strava segments are the hill climbs, though at 43 years old, I am not likely to win king of the mountain bragging rights. 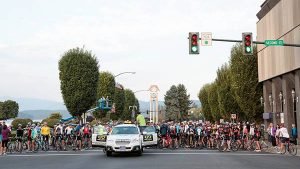 My goal going into the ride had been to complete the ride in six to six-and-a-half hours. I quickly realized that my goal was now unachievable. So I focused on my second goal: to have fun and enjoy the beauty of the ride. The beauty probably kept me in the saddle more than anything else. If this ride had been through the channeled scablands of Central Washington, I may well have thrown in the towel.

My usual tactic in organized rides is to pass more people than I let pass me. This time, the pattern became one of passing people going up the hills. Then getting passed by those people going down the other side. My plan to skip some of the aid stations and rely on gels also went out the window. My stays at the aid stations grew longer as I talked myself into the challenge ahead. Despite that, I noticed fewer and fewer familiar faces at the aid stations, as I somehow managed to pass more people than had passed me.

I found the fingers of my right feeling for the missing gear lever at odd points throughout the ride. Sometimes when I looked ahead at the next climb. Sometimes just to see if someone had fixed it when I was not looking. I couldn’t build up speed on the downhills to help with the next climb, so I used the downhills as a chance to rest and watch the scenery. If the lever had not broken, I would have been more focused on racing than on the beauty around me. A beauty which made me forget about the pain in my legs.

I finished in eight hours and three minutes. Not the time I had hoped for, but it is a time I am not ashamed of. I’m glad I finished, and I hope to do it again next year with a few more gears. Besides, finishing the ride on a two-speed is a better story than finishing in six hours anyway. // (Dennis Mossburg)