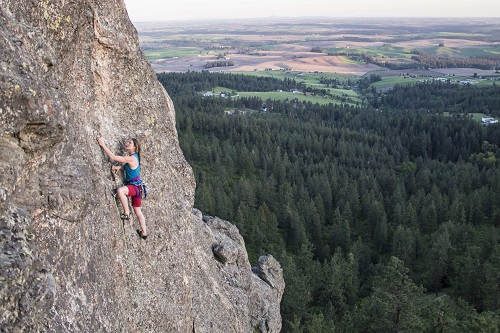 The buzz is real, and Northwest climbers are already humming about the upcoming 2020 film “The Freed,” directed by Mike Beegle.

The teaser trailer launched on VIMEO in mid-November, but dozens of local climbers have been talking about the film on social media for weeks. The film focuses in on the significance and power of the Inland Northwest climbing community, including interviews with climbing legends John Roskelley and Chris Kopczynski, as well as forward-thinking pioneers like Marty Bland and Scott Coldiron. The movie also features many accomplished climbers like Zak Silver, Rylee Engelbrecht, and Dana Walters, along with climbing guides like Kelty Godby from Inland Northwest Climbing Outfitters.

Explaining the origin of the film’s name, Beegle notes that “The Freed” is in reference to the climbers and the routes featured in the films. “Back in the day, when a route was free climbed for the first time, that route was said to be ’freed.” Stay tuned for a release date in 2020.