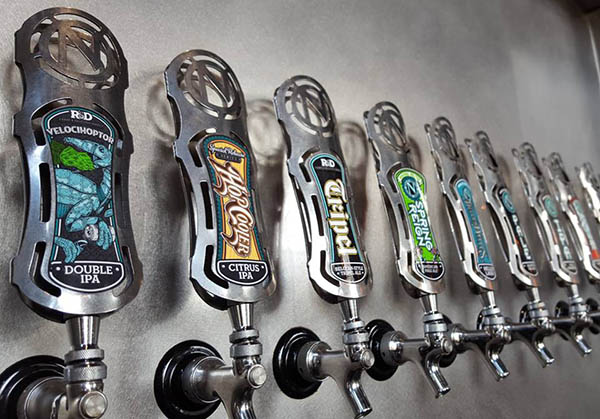 Over the years, the Flying Irish running club members have adopted a variety of mottos and slogans. One of the favorites is “a collection of drinkers with running problems.” So when Ninkasi looked to launch their new beer, called Beer Run, naturally they looked to the largest running club in the nation. The Beer Run was unveiled in Spokane on March 31 at the Flying Irish weekly run on the Centennial Trail at Ripples where it was well received (the keg was exhausted in no time). For most people a “beer run” is a trip to the convenience store for more beer. But Ninkasi realizes that runners and cyclists also often celebrate a workout with a cold beverage, and there’s a portion of runners that run to offset the calories from their favorite beers.

The Beer Run is a crisp and flavorful IPA with bold hops and hint of citrus. Anyone familiar with Ninkasi Total Domination would recognize hints of the same taste, but the Beer Run isn’t quite as dark, and some might think it’s sweeter. The Beer Run boasts a 7.3% ABU which is stronger than Total Domination; however, both have an IBU of 80. Beer Run will be available in stores soon in standard 22oz bottles. Check out the Ninkasi website for the official launch date. Ninkasibrewing.com. //