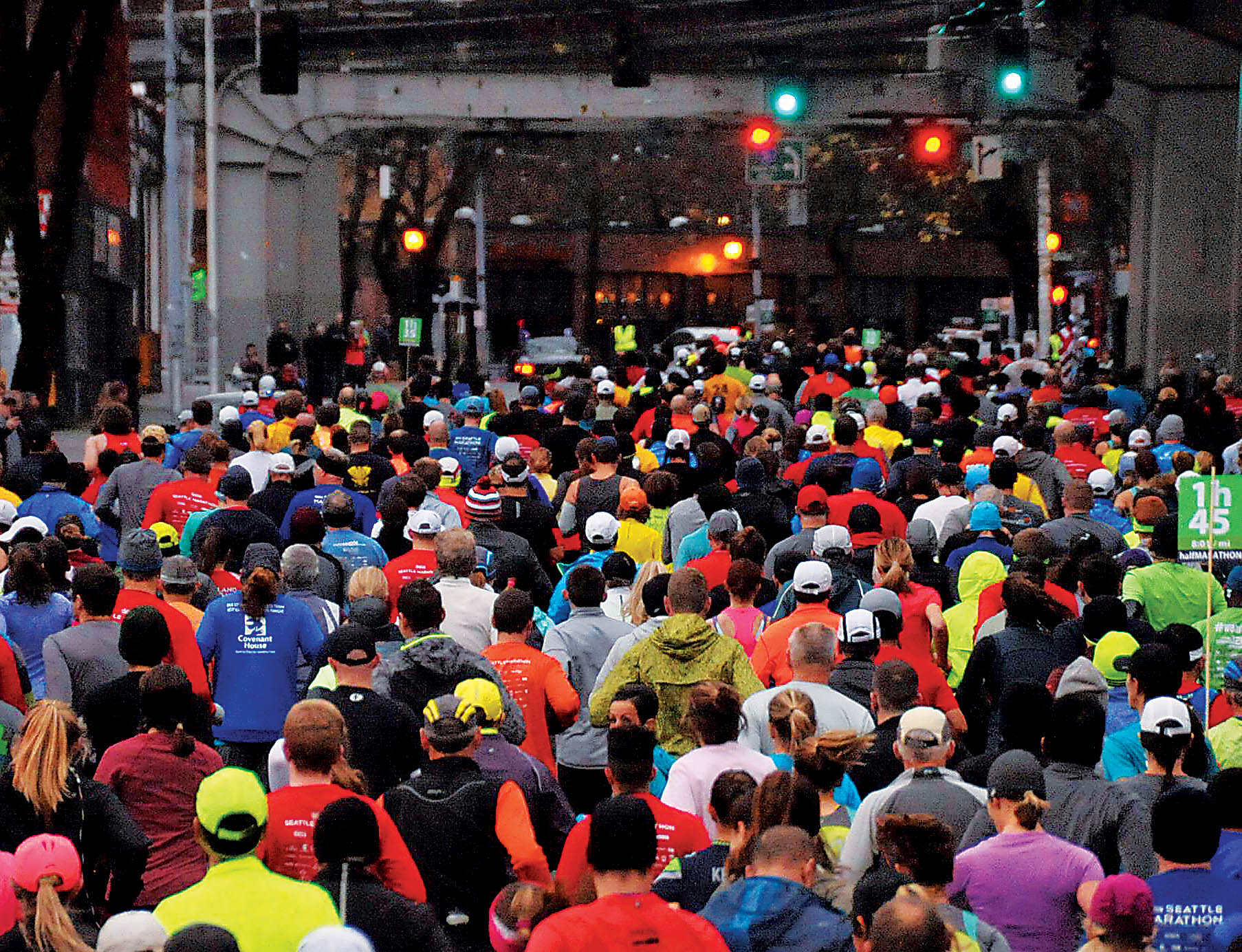 I sat on the couch just two days before my race in a nest of blankets, mouth-breathing and fighting a whopping headache. My knee was badly inflamed and fatigue pressed down hard on my body, from my neck and shoulders all the way to my quads, calves, and feet.

I had imagined brimming with energy two days before my first marathon, feeling ready to run after tapering and eating a big Thanksgiving meal. Instead, I had a head cold, an injury, and a tough decision in front of me. Do I trust the training and push ahead with the plan? Or do I listen to my body, skip the marathon, and self-medicate with some much-needed rest?

When making a hard decision like this, all the hours spent training flash before your eyes. Every Tuesday I jogged to Shadle High School’s track and knocked out speed workouts while the peewee football team practiced. Every Sunday morning I ran in Riverside State Park for a couple of hours and witnessed the high summer heat, a brutal season of forest fires, the relief of desperately-needed rain, the first autumn fog closing in on the Spokane River, the first glistening frost of the season, and the surprise of an early snow.

I didn’t know what to do. I talked over my dilemma with a friend, who said, “That’s a hard one. A race is supposed to be a celebration of all your hard work.” I thought about those words as the hours ticked away. What would feel most celebratory? How could I honor the work while still respect my physical status?

I decided I wanted to enjoy the energy of other runners and chose to run the half marathon instead of the full. I had already made arrangements to stay in Seattle, and I might as well give it a go. Fortunately, the race organizers made it easy and affordable to modify my entry.

The night before the race, my nerves spiked and dropped sporadically. I awoke feeling restless after only a few hours of sleep. But as I jogged from my hotel toward the Space Needle, the streets swelled with thousands of people, all moving toward the same starting line.

The hilly race wound us through downtown Seattle and along the scenic shores of Lake Washington. Tiny drops of rain fell intermittently from the sky, as you might expect on the coast in late November. As I jogged an easy pace, the expectations began to fade. Thousands of people cheered us up the hills, and volunteers met us with huge smiles as they handed out sugary sports drinks. They helped confirm that I was still a runner, even if I wasn’t running fast.

The Amica Seattle Marathon was a great choice for my first marathon, and it still felt good to cross a finish line—even if it wasn’t the one I was aiming for. //