After The Fall: A Climber’s True Story of Facing Death and Finding Life 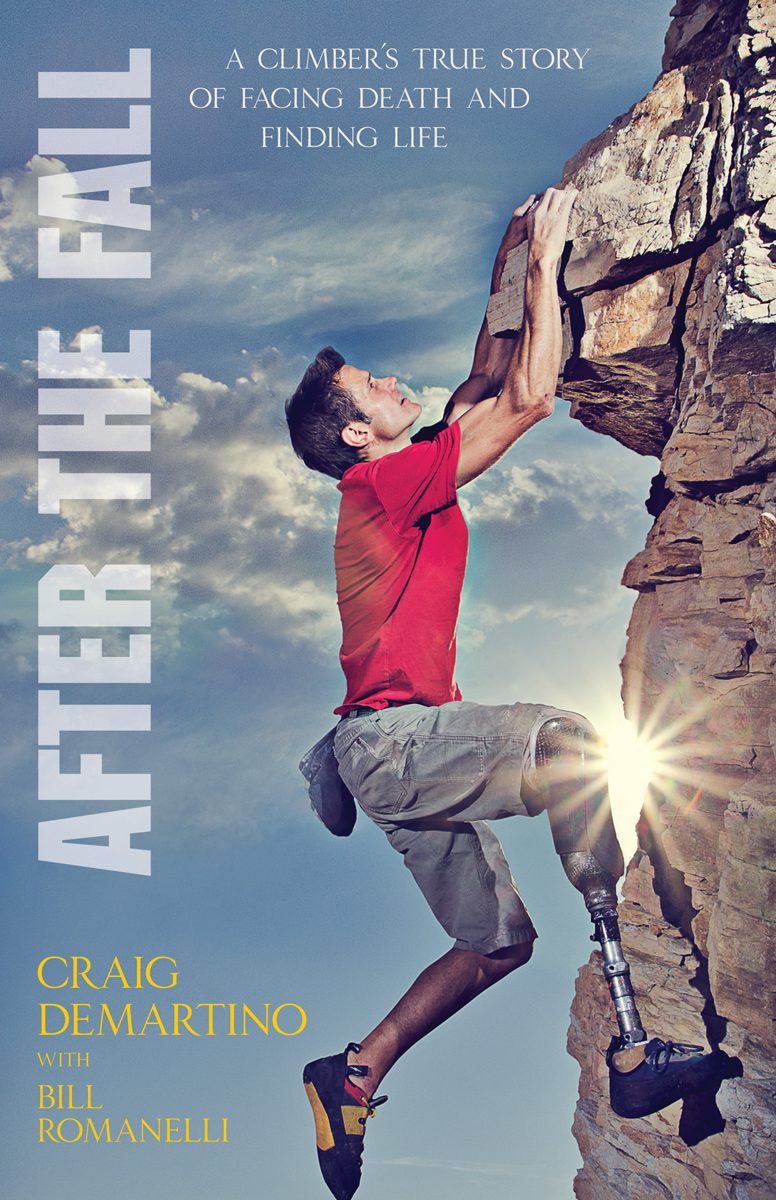 Back in 2002, Craig DeMartino fell 100 feet off the top of a climb and cratered into the ground. He should have died instantly. Every breath and every day after the accident was a miracle. Many people know Craig from his appearance on the Arc’teryx-sponsored video podcast series The Season 2 by Fitz Cahall. Craig is also known for his role in The Gimp Monkeys, one of the 2012 Best of Banff World Tour movies. Both videos underscore how far Craig has recovered since 2002, and how well he climbs with a prosthetic leg, but After The Fall reveals all the gritty details from the day of the accident to the first all-disabled ascent of El Cap.

Near the middle of the book, Craig writes, “The simple fact is that everyone, and I mean everyone, will go through something hard. Soul-cleansing hard. Like the sifting of wheat, we will be broken at some point in our lives. I understood that this life was not meant to be a perfect situation, and it’s so easy to forget that while things are moving along great.”

By his own count, Craig’s very survival rested on multiple miracles that he chronicles in the first chapter. Craig does an outstanding job weaving certain side stories into the narrative; and the chapter written by his wife punctuates the unfolding drama in a way that wisely deviates from other recovery-style biographies. The book even incorporates the recovery of his climbing partner following the incident.

Slowly but surely, Craig opens up about his Christian faith, and he reveals how much the accident and the subsequent difficulties have changed him for the better. Climbers will appreciate the story and the transformation, but anyone that has battled through something that has physically or emotionally crushed them can recognize the value in DeMartino’s outlook and accomplishments.