Camping and Hiking Alone: Finding Safety and Solitude in the Backcountry 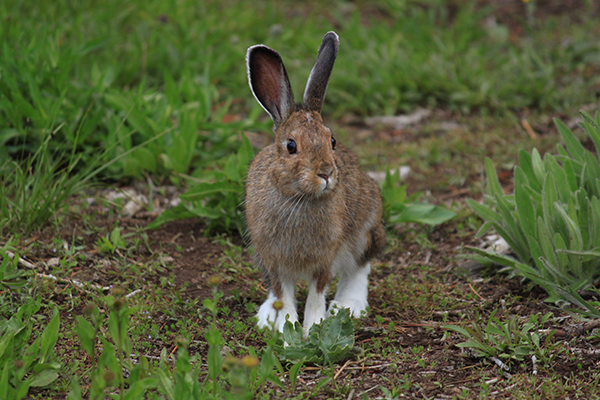 It was too late for me to change my mind when the car pulled up. There were three people and a barking dog, and nothing specific to make me fear them except their questions seemed so odd.

I was solo car camping at a dispersed roadside campsite, chosen out of desperation when my planned destination was inaccessible due to lingering snow. I had already broken that cardinal rule of sticking to the plan after telling loved ones at home where I would to be for the night. I was miles away from where I should have been, well out of cell coverage, and I had just finished staking my tent and unfurling my sleeping bag. Suddenly these three strangers pulled in alongside my car, asking about a campground that I knew to be an entire river drainage to the north, at least 30 miles distant. Were they really lost, or were they trying to figure out if I was alone?

As they drove away, I seriously considered taking the tent down again and moving to a different location. Then it started to rain, so I settled for grabbing my bear spray from the car and ducking inside the tent.

This experience was an unusual one for me. Wilderness holds many dangers that require a visitor’s respect, but when I feel properly prepared I also feel quite safe. 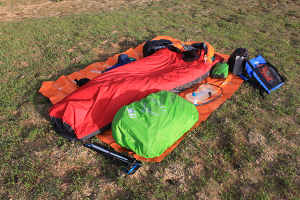 For one thing, it is much easier to mitigate for wild dangers. Once, when on a 50-mile solo trek through the Wenaha-Tucannon Wilderness, I had my heart set on a specific campsite along the Wenaha River. I had hiked nearly 20 miles that day, down a rough, brushy drainage that at one point had me walking in the streambed as the easiest route through heavy downfall. I was exhausted. I stepped into the planned campsite and promptly scared two yearling black bear cubs out of it. The trash in the fire-ring illustrated the main reason why I can’t trust my fellow backpackers to the extent I’d like, but the true (human) culprits were long gone and posed no additional danger to me. The bear cubs were somewhere nearby, and there was no telling what their mother was up to. The proximity of the little wild rascals left me no choice but to push on to a cleaner camp farther up the river. Once there, I didn’t give the bears another thought aside from my usual care to hang my food high in a tree and well away from my tent.

My most serious and dangerous experience while traveling and camping solo in the backcountry occurred on my very first backpack alone. I went into the Eagle Cap Wilderness with a friend who could only stay for the weekend, and I continued for another two nights solo after he left. There wasn’t any evil outside force I had to contend with on the trip. I merely became very sick from the altitude after pushing myself to hike too many miles too quickly. I had gained too much elevation by tagging both Eagle Cap and two high mountain passes in the same day. If I had it all to do over again, I would push myself to drink more water to stay better hydrated, and maybe I’d forgo that extra mountain pass. It’s never fun to be sick, whether at home or in the backcountry, but the rest of the experience was well worth it. I thought I had to be more cautious of other people, but my lesson on that trip was to be more cautious with how I treated myself.

When camping and hiking alone in the backcountry, I see things I would never see with a group. Sometimes this can be as spectacular as having a herd of bighorn sheep cozy up to me on trail, and other times it is as simple as having a snowshoe hare hop into my very quiet campsite. Backpacking with friends is a wonderful experience, but it’s so different from exploring by yourself. For those who haven’t tried it yet, become as prepared as possible, then venture out to see what you can experience when left alone with your own thoughts and the vast, wild outdoors. //